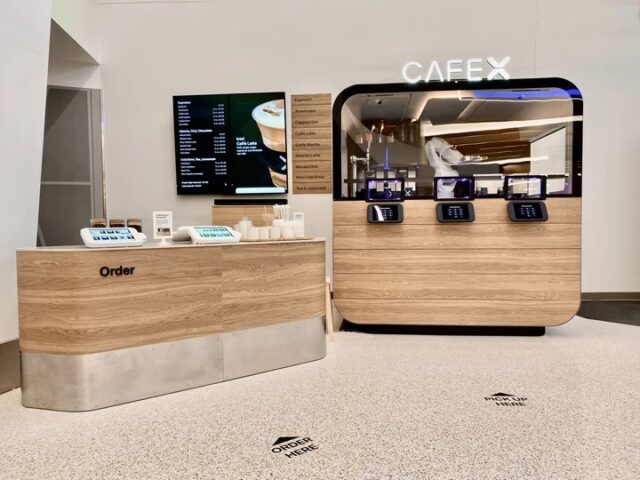 MILAN – CafeX, a startup based in San Francisco that designs, manufactures, and operates coffee bars with a friendly robotic barista, has shut down its San Francisco and San Jose airport operations, according to reports. The company has also laid off staff.

Henry Hu, Co-Founder and CEO of Cafe X answered via Twitter messaging to The Spoon saying that with airport traffic decimated, due to the coronavirus, the two airport locations have been closed for months. He is unsure when they will resume. Hu says that they are still in talks with other airports for new Cafe X locations.

The company has also begun taking pre-orders for machines on its website listing $200,000 for a robotic kiosk.

Hu added that Cafe X is not a franchise, the company is just selling the machine and providing support.

Initially, the company was not only offering robot-made coffee, but also had a human on hand to provide a more curated coffee experience, remarks The Spoon.

Earlier this year, company announced the closure of its three San Francisco brick-and-mortar locations and laid off staff. According to Crunchbase data, CafeX was founded in 2015.

illycaffè has presented its new “Limited Edition” can decorated by Oli...

Starbucks strawless lids for iced beverages now available across the U...