For every cup of tea drunk out of home Brits now consume two-and-half cups of coffee. Speciality coffees account for the lion’s share (77%) of the 2 billion coffee servings consumed each year away from home. 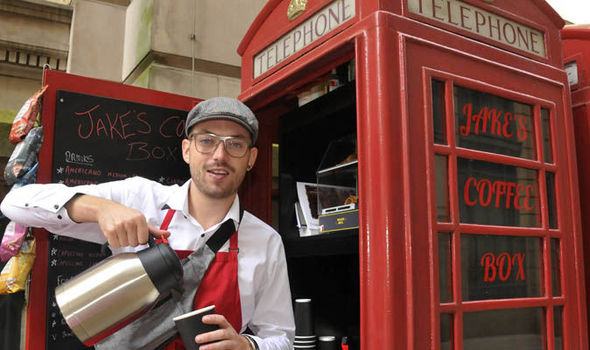 LONDON, UK – Figures released by global information company The NPD Group for the out-of-home (OOH) British foodservice market show that Britain’s love affair for coffee is strengthening at the expense of tea.

Tea consumption is nearly 19% down on 2010 and for every cup of tea they now consume around two-and-a-half cups of coffee.

Tea now accounts for just over one-quarter (27%) of all OOH hot beverage servings in Britain, down from close to one-third (31.5%) in 2010.  That means tea’s market share vs coffee has shrunk by over 14% in that time.

Stopping for petrol? Why not grab a coffee?

Britain’s coffee consumption ranks 3rd among the ‘Big 5’ European markets, with Italy topping the table with consumption of 4.78 billion cups of coffee annually and France at 2.27 billion. Germany gets through 1.93 billion cups while Spain drinks 1.77 billion.

Coffee is front of mind among Brits even when they stop to fill up they cars. Britons managed to down nearly 17 million cups of coffee at petrol stations in 2015, some 5 million more than 2012.

Brits are becoming increasingly fond of speciality coffees – Americano, Cappuccino, Latte, Espresso, Mocha and Macchiato. These account for the lion’s share of British coffee consumption. Out of the 2.097 billion coffee servings in Britain during YE December 2015, 1.618 billion servings (77%) were speciality coffees with traditional brewed or filter coffees accounting for the balance.

Two other speciality coffees seeing fast growth are Espresso, up some 31% over the same period with 99 million servings in 2015 while the increase for Mocha is 29% up since 2012 with 55 million servings last year. Servings of traditional coffee are down by 20% since 2012.

While there is a market for speciality teas, which include flavoured teas such as Earl Grey, this amounted to only 87 million servings for the year ending December 2015. This is around 5% the size of the speciality coffee market for the same period.

Muriel Illig, Account Manager at the NPD Group, said: “There’s no quenching our thirst for the three most popular speciality coffees – Cappuccino, Latte and Americano – and those three account for around two-thirds of all the coffee we buy away from home.

In Britain, we love coffee when we are on the go.  But as coffee climbs then tea is teetering – it really needs to fight back.

The share of tea in a country famed for its love of this beverage has slipped significantly and the thirst for speciality coffees completely swamps demand for speciality teas.”