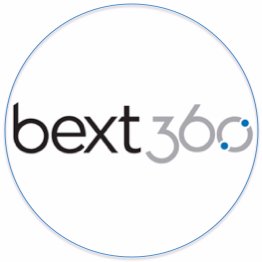 The limited run of the specialty coffee, which has been analyzed and traced using bext360’s machine vision, AI IoT and blockchain technology, was produced from a pilot program with ​​Great​ ​Lakes​ ​Coffee,​ ​a​ ​Uganda-based​ ​coffee​ ​exporter​ ​and​​ ​​Coda Coffee​,​ ​a​ ​Denver-based coffee roaster (recognized as 2014’s Roaster of the Year by Roast Magazine).

With cupping scores of 85 to 86.5, the limited run supply of the specialty coffee is now available at Coda Coffee in Denver, Colorado where customers can purchase the coffee in 12 oz bags. Each bag has a unique ID number and is from a specific lot.

To see the journey of the coffee – such as provenance (including the coffee farmer who harvested the coffee), quality, purchasers to payouts that have been recorded on the blockchain – consumers can scan the QR code provided on the bag.

During the pilot program which began in November 2017, ​bextmachines were deployed in Eastern Uganda with Great Lakes Coffee at the washing stations on its farm, where farmers deposited their coffee cherries for analysis and were paid for their harvest.

Using machine vision, AI and IoT along with blockchain technology from Stellar.org, the bextmachine evaluates and sorts coffee cherries and parchment, based on quality (farmers with bigger and riper cherries are compensated more).

The machine then links this output to special crypto tokens, tracking the produce across its life span, and in this case to where the coffee was roasted in Denver, Colorado by Coda Coffee. Each evaluation and transaction relating to the coffee – including farmer identification, quality, purchasers and payouts – is recorded on the blockchain providing complete visibility to end consumers.

Although coffee is one of the world’s top traded commodities (the total economic impact of the coffee industry in the United States in 2015 was $225.2 billion), its supply chain remains antiquated and opaque.

While global demand for coffee continues to grow, small farmers in developing countries – who produce 70%-80% of the world’s coffee supply – are at market disadvantage and still often accept low wages and delayed payments. However, millennials and coffee connoisseurs are now demanding transparency for sourcing and origin – indicating a shift in consumer preference and their willingness to pay for supply chain transparency to ensure the coffee they consume is sourced fairly and ethically.

The path to a more transparent coffee chain

Launched in April 2017, bext360 has made several monumental strides in the last year to achieve its mission of using the most cutting edge technology to bring more transparency and efficiency to transform the coffee supply chain.

The company has been working on a revenue-generating program with Moyee Coffee, sourcing coffee in Ethiopia and providing proof of living-wage payments made to the farmers, all traced and immutable within the blockchain.

Marex Spectron announces the appointment of Thomas Texier as Head of C...

Nestlé is expanding the use of augmented reality to provide remote sup...

Jamaica aims to deepen ties with Japan, which remains the largest market for its coffee