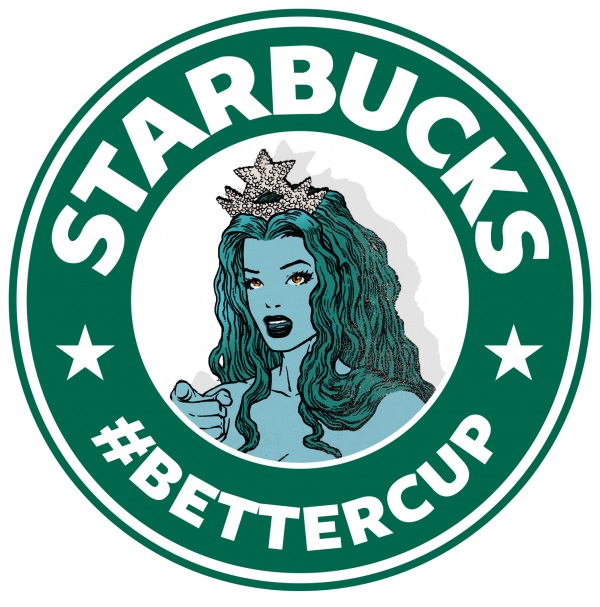 Starbucks serves four billion disposable coffee cups each year. Stand estimates that 1.6 million trees are logged for the cups, which are 10 percent recycled content and, in most locations, cannot be recycled.

Stand is distributing a comic book introducing a new mermaid superhero that springs to life from the logo on a discarded Starbucks cup. The animated Super Mermaid confronts a Starbucks employee and destroys a coffee cup monster that threatens to “bury the City of Seattle” in coffee cups.

The company missed every one of its internal goals, and has now given up and gone quiet on fixing the problem. Stand is going to help Starbucks recommit and live up to its promise to do the right thing for its customers and our forests.”

Stand is demanding a better cup. The campaign asks Starbucks to make good on commitment for 100% recyclable cups, recommit to 25% reuse, commit to 100% post-consumer recycled and/or tree-free cups, and adopt and implement a policy of no-net-impact on forests.

Starbucks to participate at the Evercore ISI Virtual Consumer & R...