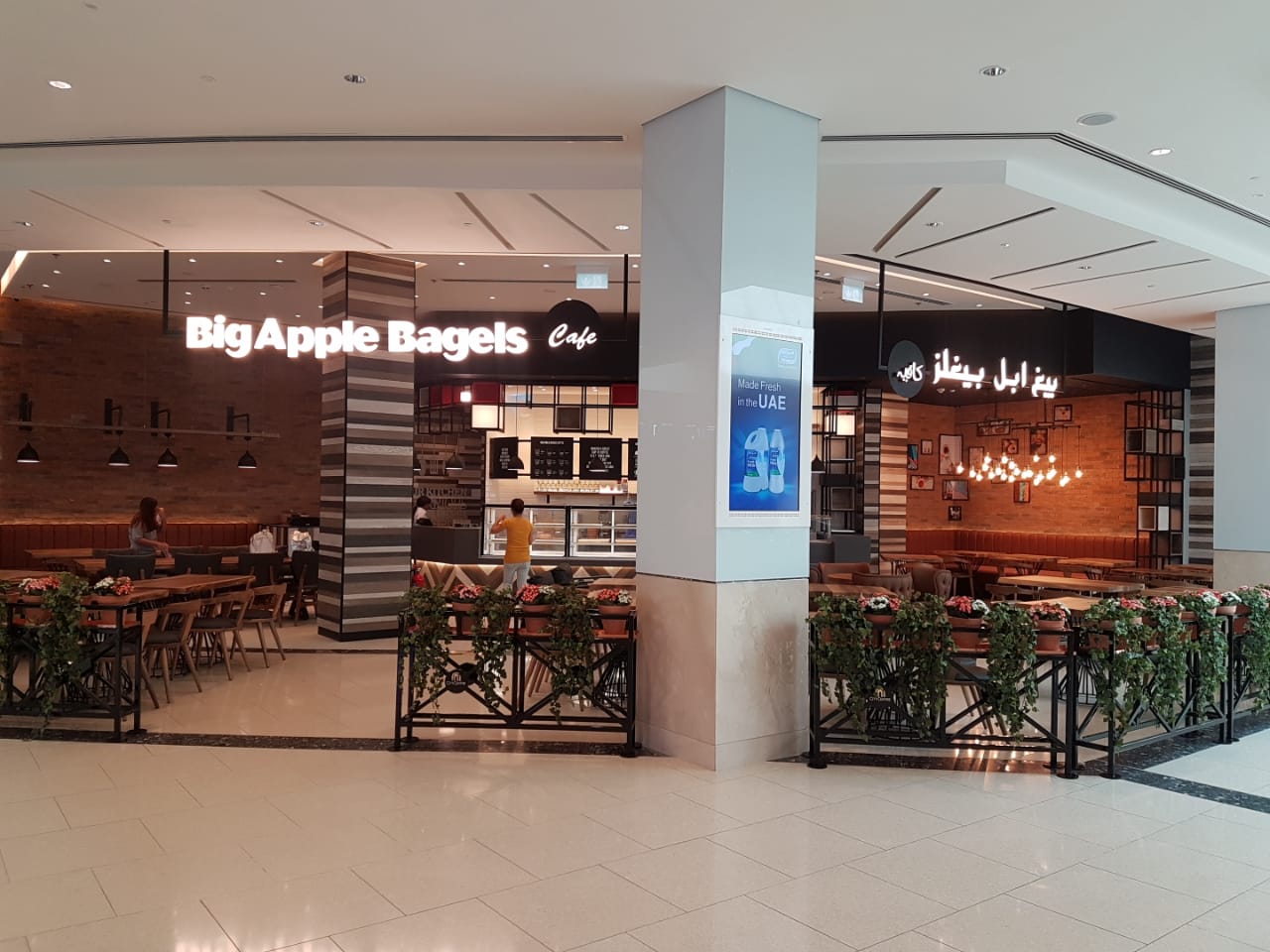 In addition to bagels, muffins and coffee beverages, the Cafés offer a full service dining experience and a broader menu than the typical Big Apple Bagels.

The first location opened in January of this year in Al Ghurair Centre, an upscale mall featuring shopping, dining and entertainment.  Situated in Deira, which is the oldest area within the city of Dubai, Al Ghurair was the first modern mall of its kind in the Middle East.

The Big Apple Bagels Café joined a large and diverse group of other international restaurant concepts including other well-known U.S. brands.

The newest location opened August 9 in City Centre Sharjah.  Sharjah is the third largest city in the UAE after Dubai and Abu Dhabi.  Like Al Ghurair Centre, the destination offers shopping, dining and entertainment with a broad assortment of international brands, many of which are U.S. based.

The licensing agreement between BAB and Mont Royal provides BAB with a fixed annual licensing fee for each store developed.   According to Mont Royal, additional locations are currently in the planning stages.

BAB, Inc. franchises and licenses Big Apple Bagels®, My Favorite Muffin®, SweetDuet® frozen yogurt and Brewster’s® Coffee.  The Company’s stock is traded on the OTCQB under the symbol BABB and its web site can be visited at www.babcorp.com.