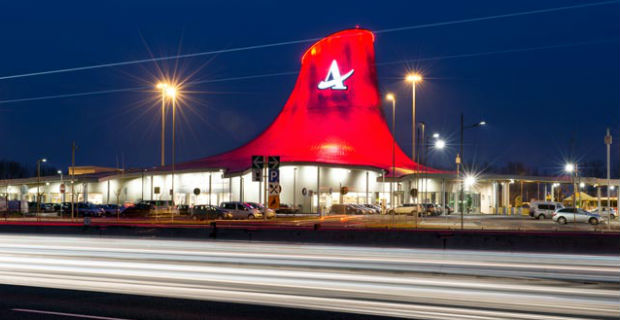 Meeting in Milan in an ordinary session under the chairmanship of Gilberto Benetton, the shareholders of Autogrill S.p.A. examined and approved on Thursday 28th of May,2015, the financial statement for 2014.

The AGM also voted to write all the profits for the year to reserves to further strengthen the Group’s financial solidity.

Appointment of Board of Statutory Auditors

The mandate of the Board of Statutory Auditors in office expired upon approval of the financial statement as of 31 December 2014.

For the three-year period 2015-2017 the Assembly appointed, on the basis of lists presented respectively by the majority shareholder Schematrentaquattro S.p.A. and a number of minority shareholders, three standing auditors (Marco Rigotti, Antonella Carù and Eugenio Colucci) and two substitute auditors (Patrizia Paleologo Oriundi and Roberto Miccù), who will hold office till the approval of the financial statement as of 31 December 2017. Marco Rigotti was appointed as chairman of the Board of Statutory Auditors.

The Assembly voted to appoint Deloitte & Touche S.p.A. as the external auditors of Autogrill S.p.A. for financial years 2015-2023.

The Shareholders authorized the purchase and possible subsequent disposal of up to 12,720,000 ordinary treasury shares (5% of the share capital) subject to revocation – regarding the non-utilized portion – of a similar resolution on the matter voted by the Shareholders on 28 May 2014.

The purpose of the authorisation is to carry out investment operations and to set up of a pool of securities, directly or through intermediaries, as allowed by current legislation. It may also be used for share capital transactions or other deals for which it is necessary or advisable to trade or transfer stock as well as for incentive plans (stock option and stock grant plans) for executive directors and/or the employees of the Company and/or its subsidiaries.

The Company currently holds 365.212 Autogrill S.p.A. treasury shares, representing around 0,14% of the share capital. The authorisation will last for 18 months from the Shareholders’ resolution date.

The Assembly also examined the Report on the Group’s remuneration policy and the long-term incentive plans approved by the Board of Directors, and expressed a favourable opinion on the policy.

Over the year Autogrill carried on its development strategy both to strengthen its operations, especially in the airport channel, in markets where the Group is already active (US, UK, Germany, Scandinavia), and exploit important opportunities in faster growing emerging economies like Vietnam, Indonesia, Turkey and United Arab Emirates.

At the same time, given the persistently sluggish Italian market, the Company concentrated on redefining its operating perimeter through a selective approach to contract renewals in the Italian motorway channel.
Consolidated Ebitda reached €316.2m, up 1.2% (up 0.7% at current rates) on €314m in 2013.

Excluding non-recurring items1 from both years and the contribution of the US Retail Division in 2013, the growth in Ebitda was 5.9% (5.4% at current rates).