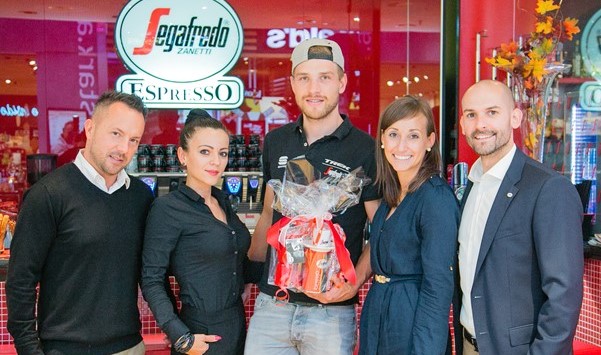 Segafredo Zanetti Austria and Trek-Segafredo launched an appealing competition on Facebook giving their fans the possibility to vote their favourite Segafredo Espressobar in Austria.

All participants had the chance to win 9 exclusive Trek-Segafredo packages and a brand-new Trek bike.

“We are very proud that we were able to convince so many guests,” said Dario Pejic, CEO of Segafredo Espresso Lentia City.

Matthias is several times Austrian Road and Time Trial Champion and established a new hour world record of 51.852 km in 2014. Matthias celebrated his last victory at „PostNord Danmark Rundt – Tour of Denmark“ in September 2017 when he dominated the individual time trial.