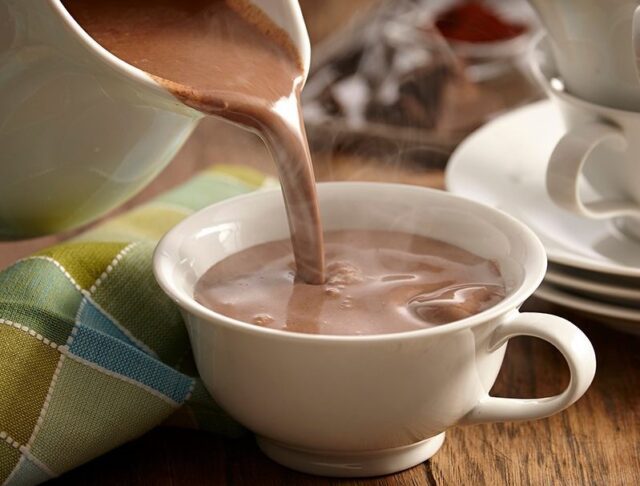 Analysing the different types of Australians that drink hot tea and iced tea is a study in contrasts with the core markets of both drinks representing vastly different demographics, although the over-arching similarity is that more women than men drink both hot tea and iced tea whereas coffee drinking is split evenly between the genders.

A pen-portrait of a typical hot tea drinker presents a woman in an older age demographic most likely to be a Baby Boomer in an Older Household for which the kids have moved out. She’s likely to be a part of the upper AB socio-economic quintile and have a diploma or degree although working only part-time or already retired.

She’s likely to be in the Traditional Family Life or Socially Aware (*Roy Morgan Value Segments) and more likely than the average Australian to agree that ‘I try to buy additive free food’ and agrees that she’s ‘eating less red meat these days’. She ‘tries to buy Australian made products as often as possible’ and ‘trusts well-known brands better than the stores’ own’. She’s more likely to ‘like to drink wine with my meals’ and she also likes to ‘restrict how much fattening food I eat’.

When she’s looking for something to do she’s likely to head to a café to grab a ‘cuppa’ and she also enjoys attending licensed restaurants and eating a good meal at a pub or hotel. She enjoys entertaining friends and relatives and going to see a film at the cinema and is also far more likely than the average Australian to attend live theatre or keep fit with a spot of pilates or yoga.

In contrast to their older peers iced tea drinkers are predominantly young with more than half under 35 years of age and 40% in Generation Z – born in 1991 or later.

The quintessential iced tea drinker is just making her way in life and likely to be attending university and working part-time. She is more likely than the average Australian to ‘love to do as many sports as possible’ and be ‘concerned about her sugar intake’.

She’s also more like to agree that ‘She was born to shop’, ‘always ready to try new and different products’ and ‘she’ll go out of her way in search of a bargain’. When she’s out shopping she is more likely to ‘notice the advertisements on shopping trolleys when I do grocery shopping’, ‘use coupons she finds in magazines or on packets’ and ‘enjoy buying magazines’ while she’s also more likely to ‘find TV advertising interesting’.

Australia’s iced tea drinkers enjoy their activities as well and are far more likely to head out to night clubs or a casino, or go to a music concert than the average Australian and they also enjoy convenience when it comes to food being far more likely to order home delivered food, – including pizzas or eat at fast food places generally.

“In the age old battle between tea and coffee for the hearts, and throats, of Australian consumers, coffee is maintaining, and even growing its lead.

“Over the last four years coffee has grown its weekly market from 10.5 million Australians in 2014 by over 1 million whereas tea is now consumed by just over 300,000 more than four years ago.

“The ‘iced’ varieties of both tea and coffee are enjoyed by relatively miniscule markets of Australians in comparison. Just over 1.1 million Australians drink iced coffee (5.6%) and 1 million iced tea (5%) in an average week.

“An analysis of who drinks these beverages reveals there are significant differences between the average Australians who like a hot cup of coffee or tea and someone enjoys a cool iced tea.

“Although consumers of both hot tea and iced tea are more likely to be women than men, the average hot tea drinker is likely to be prosperous, well-educated and living in an Older Household from which the kids have moved out.

“It might well be her kids that are drinking iced tea as over half the (much smaller) iced tea market is consumed by people under 35 years of age and concentrated in the youngest generation – Gen Z. The iced tea consumer could well be sitting at University or taking a break from a part-time job while throwing back one of the leading iced tea brands such as Lipton Iced Tea, Nestea, Fuze Tea, Real Iced Tea or Tetley Iced Tea.

“The market of Australians consuming hot drinks, or iced varieties, is a large one comprising well over three-quarters of the Australian population in an average week. Roy Morgan’s comprehensive food and drinks data gives companies and brands trying to gain an edge on their rivals unique insights into the spending preferences and habits of consumers.”

Cappuccino and flat white: here is how to keep the organoleptic qualit...

XD Coffee announces initiative to bring its cold brew to healthcare wo...