ASIA – Dao-Heuang Group gets ready for major expansion in AEC 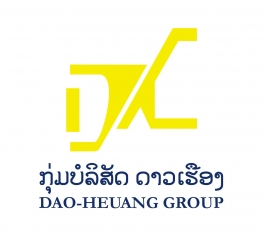 Dao-Heuang Group, a major Laotian company specialising in coffee, is aggressively investing in regional countries including Thailand and Vietnam ahead of implementation of the Asean Economic Community next year (AEC), hoping for annual growth between 20 and 30 per cent, the group’s vice president Boonheuang Litdang said.

In Thailand, the group is negotiating with farmers to grow coffee under contract on 1,000 rai (160 hectares) leased in the northern region, probably Chiang Rai and Chiang Mai.

It is also negotiating with farmers in Ubon Ratchathani province to grow taro on 1,000 rai of leased land to supply its dried-fruits plant in Pakse, Laos. The company also plans to invest Bt20 million in a coffee-roasting plant in Ubon Ratchathani’s Warin Chamrap district this year.

Boonheuang said the company had also appointed a Thai manufacturer to produce cans for its ready-to-drink coffee, a new product it will launch in the fourth quarter of this year.

“Thailand will be our production base for the coffee cans,” she said.

In Vietnam, the group plans to open its first duty-free shop outside Laos, with an investment of Bt10 million.

The shop will be near Ho Chi Minh City and is to open next year.

Meanwhile, the group plans to open two new duty-free shops in Laos, one this year and the other in 2015. The openings in Laos and Vietnam will increase the number of its duty free shops to 10, from seven currently, she said.

She added that when the AEC comes into full effect next year, it would open up business opportunities for the group in Asean countries, helping drive annual revenue growth to an average of 20-30 per cent.

Last year, Dao-Heuang Group recorded revenue of $160 million and expects to double that to $320 million by 2018. Up to 80 per cent of the group’s revenue comes from its coffee business, and the rest from its other businesses such as duty-free, hotels, retail and property in Laos.

Of its coffee revenue, 80 per cent comes from export. The company exports coffee to Japan, the United States, Europe, China, Vietnam, Myanmar and Cambodia both under its own brand, Dao, and those of its customers, which account for up to 80 per cent of the total.