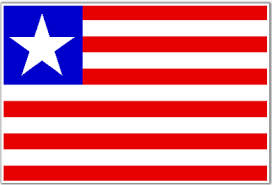 MONROVIA – The first post-war cocoa and coffee project that will improve the livelihood of smallholders farmers has been launched in Vahun, Lofa County, north-east Liberia.

The nearly 25 million dollar project under the Smallholders Tree Crop Revitalization Support Project will hire nearly two thousand youths in the cocoa and coffee sub-sector and the rehabilitation of farmer to market roads in the county.

According to the National Project Coordinator, Mrs. Princetta Clinton-Varmah, about 15,000 smallholder cocoa and coffee farmers will directly benefit from support to engage in productive activities as well as empower them through capacity building.

Mrs. Clinton-Varmah said the project will rehabilitate 315 kilometers of farmer to market roads, build cocoa nurseries for farmers to replace old and dead trees, build dryers for their crops as well as underbrush the cocoa and coffee farms.

Speaking at the launching ceremonies last year, Agriculture Minster, Dr. Florence Chenoweth called on farmers to take charge of the projects as their own in an effort to improve the cocoa sector and their standard of living.

She said the project is a Liberian government initiative intended to improve the cocoa and coffee sector and improve the lives of farmers and not a project of the International Fund for Agriculture Development, IFAD, which funds the project. Adding “it is your government at work”.

Also speaking, a member of the House Standing Committee on Agriculture, Lofa County Representative Fofee Baimba said in order to sustain the project, farmers and other citizens of Lofa County must exhibit a high level of commitment and dedication to the project.

He said their commitment would go a long away to show Liberians that Lofa County is capable of elevating itself from being one of the Liberia’s breadbasket counties to a provider of Liberia’s food basket.