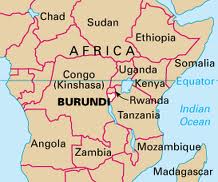 Coffee production in Burundi dropped 52% in the harvest season to February, stated the technical director of the country’s regulatory authority Marius Bucumi in an interview.

The output of the East African nation fell to 11,00O metric tons in the harvest season to February from 23,000 tons a year earlier, according to Bucumi.

“Due to the impact of the war, demographic pressure and the lack of fertilizers in the past years and the climate change now, coffee continues to decrease in Burundi even though efforts to face the challenges are being gathered,” Bucumi said. For those reasons, the country probably won’t meet its target of producing 22,000 tons of coffee in 2014-15, he added.