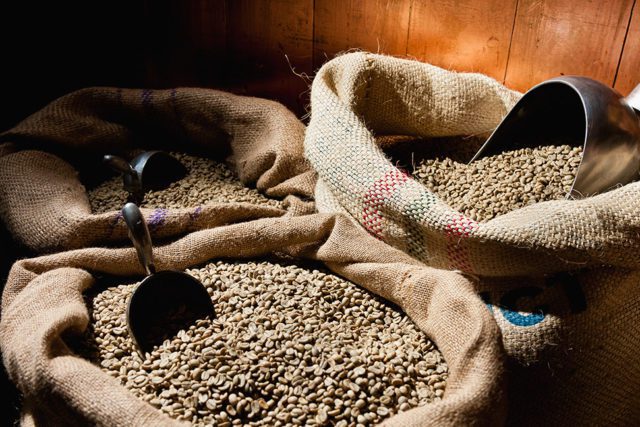 When a coffee co-op founded by Indigenous producers in Chiapas, Mexico decides to sell processed coffee, instead of selling green coffee, a Japanese company buys most of their product. Everything seems great.

But after a fungus destroys 70% of the production, and the Japanese sell their chain restaurants, the co-op has to start all over again. From the mountains of Mexico to a fancy coffee shop in Seattle, the narrative takes us through the entire process of coffee-making and trading.

Through a wide range of interviewees, all coffee aficionados, the two directors reveal how complex this highly globalized market has become. Despite a facade of good intentions, fair solutions are not easy to come by. A Six Dollar Cup of Coffee doesn’t try to provide answers or solutions to the current situation. Rather, co-directors Andres Ibañez and Alejandro Diaz, themselves coffee lovers, aim to remind people what is behind the scenes. And the real price of the coffee that we all so enjoy. –ML

A Six Dollar Cup of Coffee

Andres Ibañez studied communications at the Universidad Iberoamericana Ciudad de Mexico, narrative structures in Salamanca, Spain, Cinematography and Scenic Direction in the School of Visual Arts in New York, and Scriptwriting at SOGEM – General Society of Mexican Writers (member of The International Confederation of Societies of Authors and Composers). He has directed and produced through his company StereoSonique, and his clients include: Coca-Cola, L ́Oréal, Nike, Bacardi, Bimbo, Dart, Banamex, among others in London, Cannes, San Francisco, Rio de Janeiro, Bogota, Buenos Aires, Lima, and Mexico.

He has won advertising awards at the Internationalist Media Awards, Festival of Media Global and Latam, IAB Mexico, and was nominated for the Cannes Lions for the Castaway Diaries campaign for Ciel. He is the winner of three MTV awards for the videos for Zoé’s “Vía Lactea”, and Subdivision’s “Blueboy”. His short film Colors was screened at several international film festivals. He directed two seasons of the successful Colombian webserie SinFiltro with Rafael Novoa, and was nominated for the India Catalina Awards at the Cartagena Film Festival. He was Content Director for Rio Suena Morning Edition, a program for Claro Sports during the Rio2016 Olympics for all of Latin America. This year is an important year for him, as he premieres his debut works, Sacudete las Penas (fiction), and A six dollar cup of coffee (documentary).

Alejandro Diaz was born on April 8, 1984 in Mexico City. He studied Communication Sciences at the Universidad Anáhuac Norte. He worked at the Mexican Institute of Cinematography, IMCINE, in the area of International Festivals (2007-2011). He participates as a jury in the international festivals of Santo Domingo (2009) and Warsaw (2010), as well as in the presentation and coordination of different competitions outside Mexico.

He co-directed the short film Yo, Mariachi, which was well received at various international festivals in Chicago, Amiens, and Havana. He was the production coordinator of the films Chalán by Jorge Michel Grau (2012) and Eisenstein en Guanajuato by Peter Greenaway (2014). At the beginning of 2014 he entered the master’s degree program in Documentary Cinema at the University Center of Cinematographic Studies. During his master’s degree, he directed the short film Madre which toured several festivals, including DOCSDF, Macabro Horror Festival of Mexico City, and Morbid International Horror Film Festival. He co-wrote the fiction film Sacúdete las penas, to be released in commercial cinemas in 2018, as well as co- directed and co-produced the documentary A six dollar cup of coffee.

He currently performs and collaborates on documentaries, commercials and interviews for different clients and brands.

The 2018 DOXA Documentary Film Festival takes place May 3rd – 13th in Vancouver, Canada. DOXA is presented by The Documentary Media Society, a Vancouver based non-profit, charitable society (incorporated in 1998) devoted to presenting independent and innovative documentaries to Vancouver audiences.