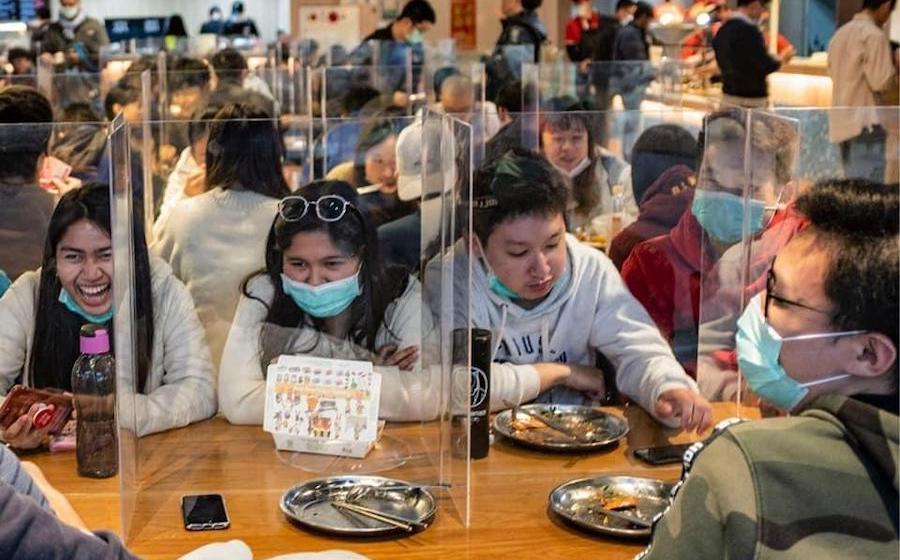 MILAN – We’ve spent a lot of time looking at China these past few months: because what happened in that country – from the first lockdown to the gradual return to economic activity – was a foretaste of what was to come in the rest of the world in various ways.

If the closedown of the big café chains – Starbucks above all – clearly signalled the gravity of the situation to the rest of the world, now in our phase 2 we look to China to see how it is approaching the “new out-of-home”.

Without affecting the huge success of e-commerce and takeaway services – which were already well-established methods in Chinese society, as is the use of technology – bars and restaurants have now started to throw open their doors once again. All this amid the concerns of customers and the checks that need to be carried out, given the new need to safeguard public and personal health.

“Covid-19 is under control in China and some regions have started to open all their stores, supermarkets, hotels and restaurants, as well as allowing shows and events to take lace, provided the proper measures are taken (pre-registration, people flow control, green/healthy code and temperature checking). On the other hand, as the Covid-19 situation in China’s neighbouring countries is developing rapidly, so there is great pressure on the nation’s land borders.

People started to use public transportation again in early March and passenger rates have now returned to 90% of pre-epidemic levels. Infrastructure works have not stopped and construction is continuing on new highways, new facilities and a new industry park. The economy is recovering, under the careful supervision of Government and of the National Health Commission.”

How is home food delivery going at the moment?

China leads the way in online shopping, so delivery is not a problem here. People can order everything online and get it within a short period. in February, when the epidemic was at its peak, online shopping for food, fruit and vegetables increased more than 20 times compared to 2019. And recently Shanghai launched an online shopping festival which led to a further increase in consumer numbers [the May 5 Shopping Festival, where you could even by five XT Cadillacs].

How are hotels coping?

As far as I know, there has been no need to restructure and hotels are allowed to re-open but because there is still a travel ban in some cities (people who travel have to self-isolate in an appointed hotel or hospital), travelling has not in fact recovered yet.

How is technology helping in the re-opening of businesses?

The so-called Healthy Code and temperature checking are the basic measures being taken. People are still obliged to wear face masks in public areas. Restaurants will try to separate guests and limit the number of diners.

How do you think people have changed their everyday behaviour and consumer habits?

In the past few months, most people have stopped gathering with others to avoid possible infection. People all wear masks when they go out, some wear face shields and a waterproof coat to better protect themselves on public transport. And when they get home, changing and washing clothes, as well as washing hands is also very necessary.