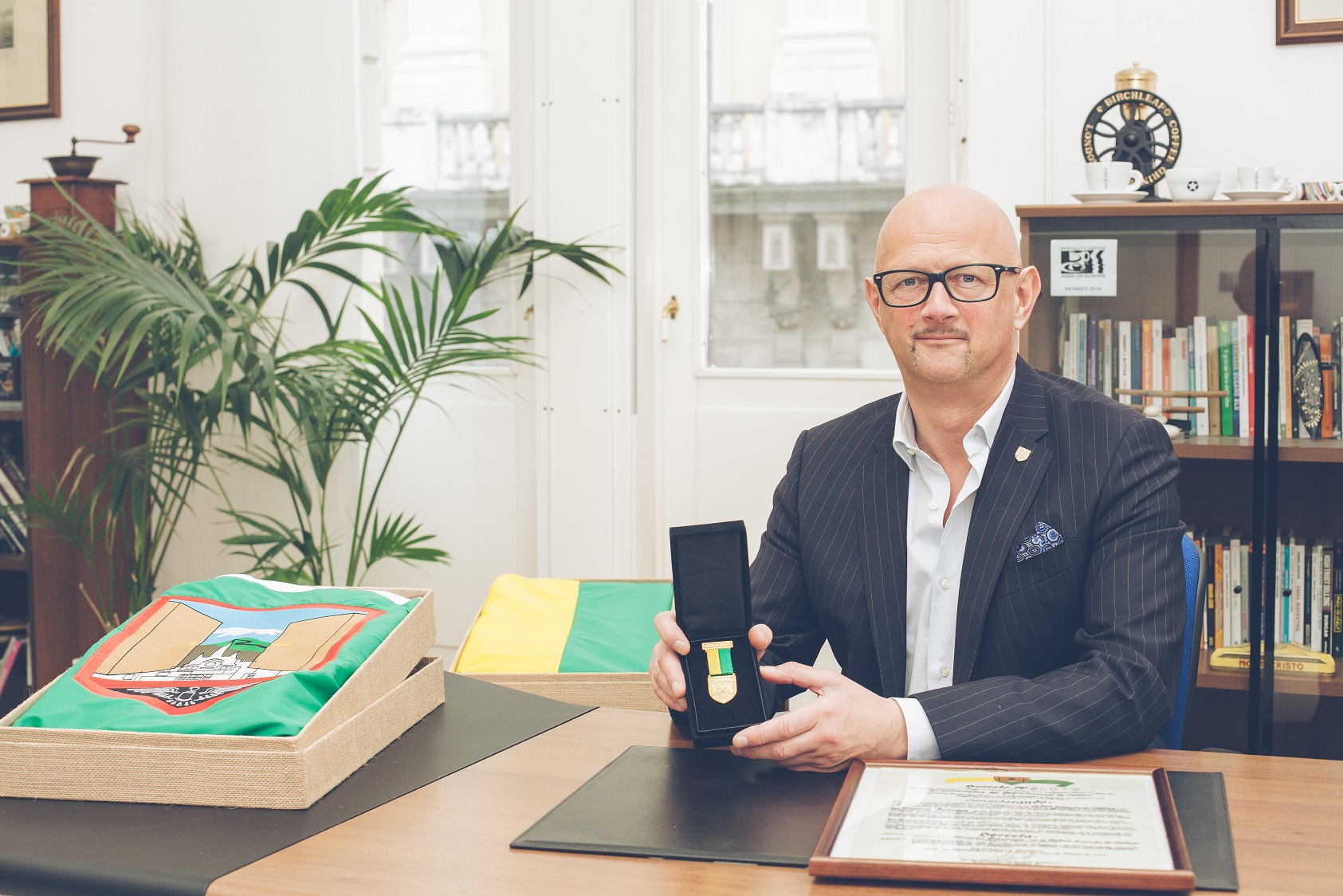 The governor Carlos Alberto Piedrahito Gutiérrez from the coffee Department of Caldas in Colombia recognized in Franco – owner at Bazzara Espresso together with his brother Mauro – an “Ambassador” of coffee promotion as well as a strategic ally in coffee initiatives in Colombia and in Caldas in particular.

The entrepreneur from Trieste allowed the region to improve commercial trade and support its farmers as well as to foster the twinning between Italy and Colombia and was therefore rewarded with the prestigious recognition.

“I would like to thank governor Gutiérrez for the honour – says Bazzara – but I wish to share it with my brother Mauro and the whole Bazzara team.

The decoration was made possible thanks to their dedicated support. We were also blessed with constant backing by ABCnet from Rome, a consulting company specializing in internationalization, innovation and investments between Latin America and the European Union.

Heartfelt thanks to Dora María Peñaloza, who tirelessly contributed to and consolidated the bond between our countries.

My respect and gratitude go to the Mayor of Manizales, José Octavio Cardona León (protagonist of a vibrant speech in occasion of a conference at the opening ceremony of the Triestespresso Expo, ed.), to my untiring friend Angelo Quintero Palacio, to Dr. Gloria de Fenalco, to Cooperativa de Cafeteros and to my friend Manuel.

They all backed me in this path and hoped for this award.

I feel a strong sense of responsibility given that Colombia is living a peculiar moment: after 50 years of pain and suffering the current transition can finally lead to a time of prosperity and economic rebirth, exactly like it happened to Italy in its postwar period.

I believe that a nation as big as France and Spain merged together and so rich in natural resources has a limitless potential and that our future projects are not only going to be successful, but will also contribute to the task of making new generations fall in love with coffee and raising true coffee professionals.

The Republic of Colombia is the linchpin and the future of quality Espresso coffee. Beautiful country, filled with unique individuals.”